$20 Liberty gold double eagles are one of the world's most recognized gold coins. A workhorse coin of commerce, it was one of the building blocks of the growing U.S. economy and financial markets in the 19th and early 20th centuries.

Also known as Coronet Double Eagles because of the coronet, or crown, adorning the head of Liberty on the obverse, $20 Liberty gold coins were used in every aspect of American economic life. Their large gold content (almost a full ounce) made them especially useful in banking transactions and international trade. The classic portrait of Miss Liberty on the coin's obverse and the bold heraldic Eagle on its reverse stand as inspiring symbols of America's emergence as a mature world power during this wild and exciting period in our nation's history.

Today, due to their limited numbers and worldwide popularity, $20 Liberty gold double eagles are avidly sought by coin collectors and gold investors looking for extra leverage to the gold price. Because of their true scarcity and strong collector demand they can appreciate in a rising gold market much faster than gold bullion. And unlike modern bullion coins, $20 Liberty gold coins offer financial privacy because they are exempt from broker reporting requirements to the IRS.

During the time of the $20 Liberty's issue, the price of gold was fixed by law at $20.67 an ounce. The gold content of the Double Eagle was fixed at .9675 oz., so that the value of its weight in pure gold would be equal to its $20 denomination. Prior to 1849, the largest gold coin issued by the U.S. Government had been the $10 Gold Eagle, first struck in 1795. The new $20 Liberty gold pieces quickly were dubbed 'Double Eagles' because they were twice the size of the established and popular $10 Gold Eagles.

$20 Liberty Double Eagle gold coins were produced in three varieties by the U.S. Mint over the course of their history, Type 1, Type 2, and Type 3. The first U.S. $20 gold coins ever made were the Type 1 $20 Liberty double eagles, minted in 1849. It is thought only two coins were struck dated 1849 (perhaps several others as well). One currently resides in the national collection at the Smithsonian Institution. Regular production of $20 gold coins for circulation commenced in 1850 at the Philadelphia and New Orleans mints. The San Francisco mint issues began in 1854, the year this western mint first opened. The last New Orleans mint Type 1 $20 Liberty was struck in 1861. In the spring of that year, the mint in New Orleans was seized, first by the State of Louisiana, then by the Confederacy. The Type 1 design became known as the 'No Motto' design because, unlike later types, it did not feature the national motto 'IN GOD WE TRUST' on the reverse.

In 1877, the $20 Liberty Double Eagle was modified for the third and last time. Miss Liberty's portrait on the obverse was refined, now showing more delicate detail in the face and hair. On the reverse, the spelling of the value was changed from TWENTY D. to TWENTY DOLLARS. Type 3 Liberty gold coinss were minted in Philadelphia, San Francisco, Carson City; they were also struck in New Orleans in 1879 only, and in Denver for just two years, 1906 and 1907. The last $20 Liberty Double Eagle gold coins were struck in 1907. In that year, the mint released a new design by renowned sculptor Augustus Saint-Gaudens, one that would reflect the vibrancy of America as a dominant world leader. 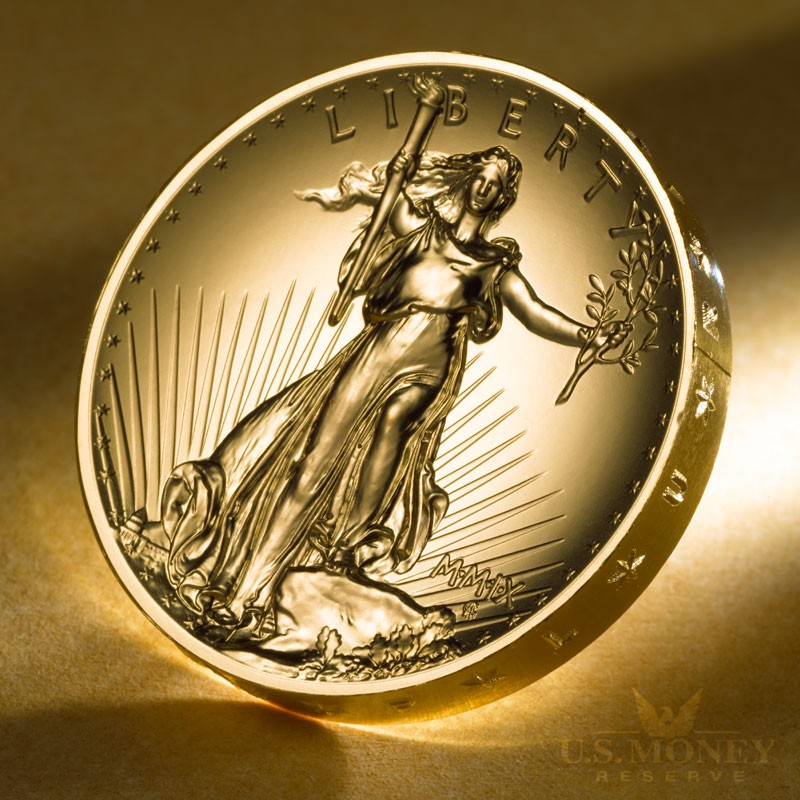 In addition to 'business strikes,' which were coins intended for use as currency, $20 Liberty Double Eagles were also struck as presentation pieces in Proof condition, intended to be given to foreign dignitaries and government officials, or to be sold to collectors. Proof coins are struck at least twice, with specially prepared and polished dies on specially prepared and polished blanks. Proof coins feature razor-sharp strikes, often with especially frosty devices (Miss Liberty's image, for example) and highly polished, mirrored fields. Proof gold coins usually have very small mintage figures, normally from 25 to 125 pieces for a given year. Proof $20 Liberty gold coins were minted from 1859 to 1907. Most Proof $20 Liberty mintage figures average around 50 coins per year. Typically, all Proof issues are struck only at the Philadelphia mint, although several Branch Mint Proof gold issues are known to exist.