Expert craps players say there is a specific way to set, control and throw the craps dice if you are eager to win. According to professionals, where are particular mistakes when handling and throwing the craps dice which can affect your game and make it unsuccessful. Fortunately, we are here to help you, and this article will offer valuable tips about dice setting and craps dice control so that you learn how to play like a professional. The main components of a good dice roll include developing ultimate control over the dice and understanding the various craps dice sets and their purposes.

Typically, dice rolls are random, and players cannot involve into games of craps without losing cash because they play by the rules and house edge established by the casino. However, acquiring proper control over the dice and developing a particular throwing technique can certainly be helpful for securing a win. Dice setting allows shooters choose a suitable set depending on their level of experienced and desired outcomes. Below you will learn more about dice control and setting so that you get a step closer to playing craps successfully.

Shaking and Rolling the Craps Dice

You have undoubtedly seen players who shake the craps dice before throwing them on the table. Their explanation is that the shaking helps for random numbers to come up. However, this is the easiest way to lose cash as the dice go all over the place. Why is that?

The truth is that the random shaking of the craps dice will not help you win craps dice game in the long term. Casinos have invested a serious amount of cash paying talented mathematicians to calculate the odds and chances so that the betting provider always takes your money and wins. Craps players know that the number seven always bring benefits to the casino and is dangerous for players. Have you ever wondered why? The answer is straightforward: seven comes up more often than another number. Thus, if you place a pass line bet, the number seven can help you only for the come out throw. After the point gets established, there are more chances to throw seven than rolling the point. In case you make the don’t pass wager, the number seven has significantly more chances to steal the win from you. 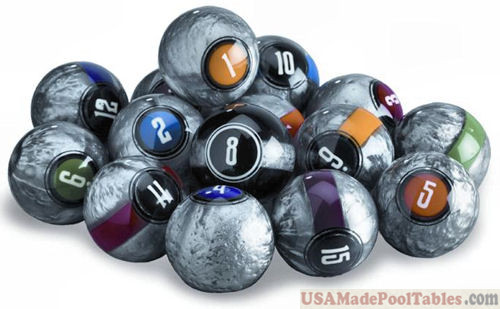 Here are some valuable tips for inexperienced players about rolling the craps dice randomly: 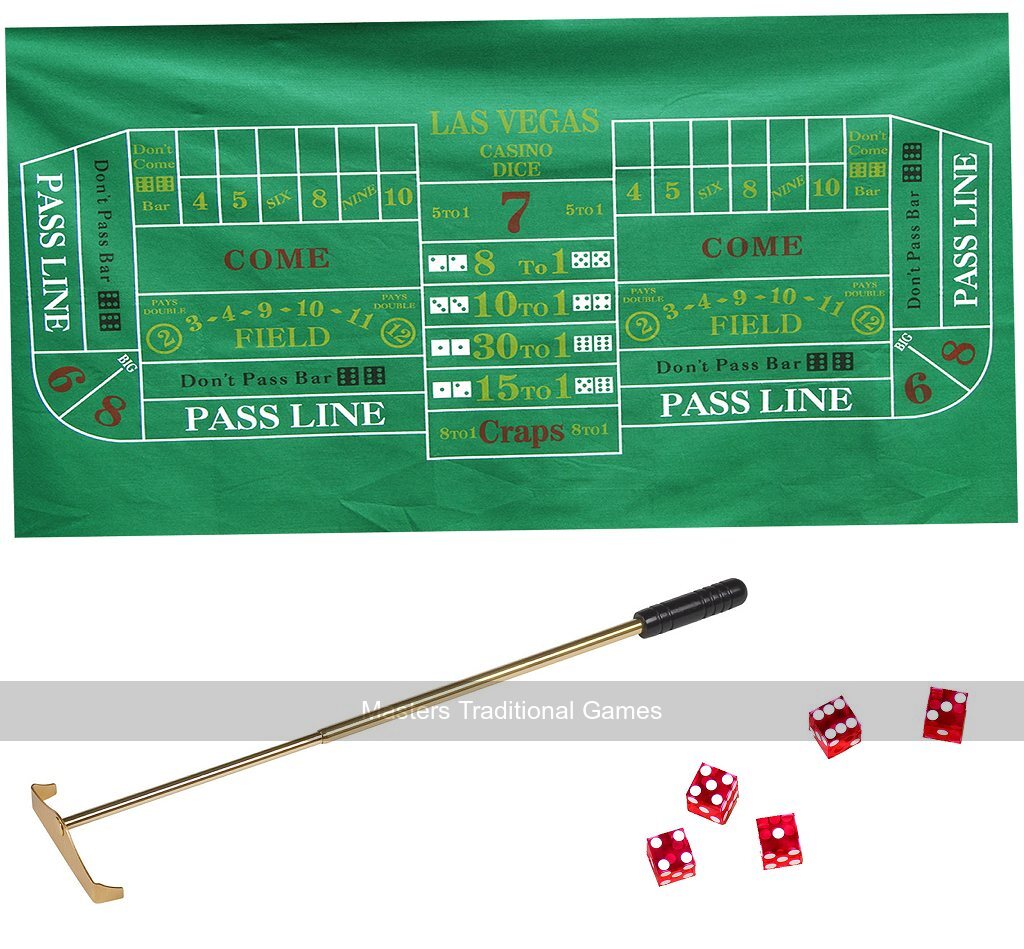 According to the traditional theory, the craps dice setting can help players improve their control over the dice when they throw them and gives them the chance to boost their chances to win. There are hundreds of videos and tutorials about dice control in a craps dice game. Controlling the dice when playing craps is essential for your game and may make the difference between winning and losing. What is the importance of dice control?

Controlling the dice when playing craps gives players an edge over the other participants because they can throw the dice skewing the mathematical odds. Alongside with dice setting, the primary benefit of craps dice control is that the dice may roll a longer time, which gives the chance to secure increased number of wins. However, you should not forget that most of the rolls are random, even if the shooter has mastered craps dice control. Throws that manage to beat the house edge are very rare and quite a limited percentage of all rolls.

There are two types of shooters: the correlation shooter and the axis shooter. Both types of shooters strive to exercise control over the dice, trying to enhance their chances to succeed and to beat the house edge. The believers of the craps dice control theory suggest that shooters can have control over the numbers that come out of their throws depending on the way they hold the dice in their hands and throw them on the table. According to the proponents of the strategy, the setting, the grip and the delivery of the dice affect the effectiveness of dice controls in a game of craps.

The setting is the way you place the dice in your hand. There are various types of dice settings that we will discuss in details later on.

As it comes to the grip, it is essential that you apply equal pressure on the two dice. You can hold them with two or five fingers, depending on your personal style of gripping. If you are eager to make dice control useful, you should make sure that your grip is the same every time you roll the dice. The delivery of the dice is as crucial as throwing them. The dice should hit the backside of the table, but players should control the direction, the speed and the spin. To maximise the chances to succeed, you should throw the dice, in the same manner, every time you shoot.

You need a lot of practice to establish good dice control. Having a nice control over the setting, grip and landing of the dice, you reduce the chance to hit random numbers and boost the opportunity to throw successfully.

But does good control over the dice guarantees you will beat the casino and continue winning? Players should know that they will lose cash when playing against casinos and following their rules. To get closer to winning craps games, in the long run, you should understand the whole picture. You need to exercise control not only over the dice and the way you throw them but also over the environment and the other players. Of course, dice control, perfect throws plus other craps strategies will help you significantly improve your game and move a step closer to victory.

The setting of the dice is an inseparable part of dice control. Players strive to set the dice so that they avoid hitting 7 when landing. Various types of craps dice sets control the dice and make sure they come out of your hand at the same time, carry out the same spins in the air, land together on the table and bounce off it.

Let us discuss the most popular craps dice sets:

This dice set is suitable for beginner to intermediate shooters who can produce a consistent and smooth delivery. Experts often claim the set provides ultimate protection against hitting seven. As the name of the set suggests, it involved putting hard way combination of top of the dice. Thus, you put the hard ten on top (five plus five), then the front will be a hard 6 or a hard eight. The bottom will consist of a hard four. The player can pick up any hard ways combos on the top. Keep in mind that the parallel faces in opposite directions add up to seven as this can help you set the dice in your hand with greater efficiency.

This type of craps dice sets is suitable for intermediate players and is good for hitting sixes, eights and inside numbers, which are characterised by lower house edge in comparison with outside numbers. To position the 3V set, you need to set three in the shape of a V on top of the dice. The faces will show eight or six. The two dice should have parallel aligning, spin rate, trajectories and landing to perform a perfect dice roll.

The 2V setting of the dice is good for hitting outside numbers, fours and tens. To position the dice in this particular setting, you need to place two and two on the top. Thus, the front will be four, ten, five or nine. The setting can successfully hit an outside number if the shooter can keep the two dice on axis, i.e. to maintain the dice rotating together.

The All 7 Set is ideal for beginners, alongside with the Hardway set. The two craps dice sets will offer an excellent basis for players with less experience. The set is good for the come out dice roll and putting seven on top and the front faces of the dice. There are four possible combos for the top: 2 – 5, 5 – 2, 4 – 3 or 5 – 2.

The Crossed Sixes set is suitable for advanced players and is good for come out rolls. It can quickly hit outside numbers, such as four, ten, five and nine, but it is also good for some craps numbers. You can see the pictures to get information how to position the dice in your hand.

The six craps dice sets we have listed above are necessary dice setting types and all they require the shooter to roll the dice on axis. Thus, if you position the two dice so that 6 and one are respectively on the left and right sides of the two dice, you should not hit six or one if you make an ideal roll on the axis. Such a strategy will help you reduce the chance to throw a seven consisting of the numbers six or one.

Dice setting may seem somewhat confusing at first, but practice will make things easier with time. However, here are some handy tips that will simplify the process and will help you to passion the dice with just a couple of moves:

Even though shooters throw craps dice randomly in each craps dice game, having some control over the dice is certainly a step closer towards adopting a successful strategy that will guide to have more successful bets in the long run. Craps dice control is essential for developing an improved throw, and dice setting is an inseparable part of the control players exercise during play. As we have already explained, the control over the dice allows players to master the way they throw and helps them develop a better rolling technique. The various dice sets make it possible to avoid hitting a seven and get numbers that you wish. However, dice control and setting do not always guarantee that you will win the craps dice game. The dice roll is a random process, and you can enhance it by constant practice.