Yes, a 777-300ER with only four out of 52 flat bed seats taken. These were taken in-flight, not prior to boarding! That meant very personalized service, but personalized service itself is only part of the equation. Here is a glimpse of American's new 777-300ER. What a striking livery!

From Dallas to Sao Paulo, the flight experience is similar to any other American Airline flight to Southern South America. Whether you’re flying from Miami to Rio, Santiago or Buenos Aires. Or New York to Brazil, you get the point. American Airlines Premium Economy standard and experience will be similar. The same can be said for long-haul flights to Asia or Europe. Don’t expect a true premium experience, but an upgrade from economy. Premium Economy is similar to domestic first class, but long-haul in this case.

Somewhere between a lay-flat seat in the front of the plane, and ten abreast in economy, Premium economy finds itself in the middle. On American Airlines’ 777-300ER Premium Economy has 2 seats by each window and 4 in the middle of the plane. With only eight seats across, there’s more room for each passenger than economy. Looking at the seat, it also appears as though American Airlines took their 737 first class seat and plopped it onto the 777.

The American Airlines Premium Economy seat is much more comfortable than economy. Since there’s only 8 seats across each seat is 18.5 inches wide. This is 1.5 inches wider than an economy seat. The arm rests are much wider in Premium. The seats really aren’t much larger, but each passenger can comfortable rest their arms There is no fighting for arm rests in Premium. The legroom is plentiful in premium economy, each seat offers 38 inches of pitch. That is 7 inches more than economy. To round it out, there’s also a footrest and a larger tv screen with USB power adaptors.

Once on board, each seat offers Casper bedding products. AA Premium Economy provides a large pillow and a light Casper throw blanket at every seat. There is also a State branded amenity kit with the all the basics: Hand lotion, lip balm, eye mask, toothbrush and ear plugs. There are also American Airlines branded semi noise canceling headphones. If you didn’t know better, you’d think you were in business class lite. Or domestic First.

Meal service onboard is also a step above economy. Meal service includes a printed meal card with a couple of meal options. I honestly am not sure if the meal is really any better than economy, but it is presented is a better way. Every passenger enjoys complimentary beverages and a hot meal with real china. AA claims meals are upgraded, but they really are pretty basic.

Dinner service first started with a drink. In a plastic cup, and then dinner was served. Dinner options are provided, and all alcohol is free. This is a step above just free beer or wine in economy. The entire meal is on one tray. Dinner service was completed within the first 90 minutes of the flight. Flight attendants working Premium economy cabin also worked the main cabin. Yet, I found them to be friendly and checked on refills often.

Between meals in the galley there is a light snack basket. Drink refills are also never a problem. Whenever I needed a refill of my wine someone was there to refill it. The wine was honestly not that great, but then again Vivino only gives it 2.6 stars. Pretty poor for a $10 wine. Thankfully beer and hard alcohol is also free!

Before landing in Brazil there is a second light meal service. This meal is basic and includes fresh fruit, a croissant, and yogurt. About 90 minutes before landing, breakfast is optional. I would recommend sleeping through this meal if you can. As it’s pretty basic.

Is American Airlines Premium Economy Worth It?

American Airlines has done a good job finding a happy medium between Economy and Business Class. By adding domestic First Class seats and offering it on long-haul flights, there is now a good middle ground between Coach and Business. Is the experience amazing, no. Is it better than Economy. Absolutely! There’s nothing special about the ground experience, but the inflight experience is a step above.

If you want a slightly better inflight experience with more room, free booze, and slightly better meal. Premium Economy is worth ever cent. I would be willing to pay a few hundred extra dollars for this, but not a grand more.

American Airlines has been quickly retrofitting their planes, introducing new planes, and refreshing their brand image as the once cutting edge airline now tries to play catch up with their largest US competitors and overseas competitors in order to provide customers with a modern and comfortable inflight experience. After being the first US based airline to fly the 777-300ER, with an extremely solid hard product offering, the airline is now retrofitting their other widebody jets and replacing their older planes with newer more modern aircrafts.

This morning, AA released pictures and an overview of their new 777-200 which is taking to the skies later this year with a retrofitted business class cabin, main cabin extra, and the cramped 10 abreast seats similar to AA’s newer 777-300ER variant. Does mgm grand have a sportsbook. The plane will also offer upgraded amenities like the 777-300ER to include international WiFi, a walk up bar, and lay flat seats in the forward cabin! Unlike the 777-300ER will be only 2 classes on the 772, business and economy, and will drop the first class cabin. Once the retrofitted 777-200 are completed, all of American widebody jets will offer lay flat seats in business class, following a similar announcement of refurbished 767-300s.

Explore the globe while enjoying a whole new level of comfort in every cabin of our refreshed Boeing 777-200, which we will begin retrofitting later this year.

The retrofit offers significant updates throughout the entire plane. These include a two-class cabin configuration with American’s new Business Class seats, complete with fully lie-flat and all-aisle access giving you a spacious, personal and private inflight experience. These ultramodern seats are fully adjustable and convert to 6-foot-4.5-inch fully lie-flat beds to ensure a rested journey from beginning to end. And Business Class customers will have access to a walk-up bar stocked with a selection of snacks and refreshments. In addition, we’ll add 45 Main Cabin Extra seats to offer you up to six more inches of legroom to stretch out.

In each cabin, we’re offering increased connectivity and updated inflight entertainment including international Wi-Fi and extended personal in-seat entertainment with more than 200 movies, 180 TV shows and a large collection of games and audio programs. Throughout the plane, customers will also enjoy a modern interior, with unique lighting, a dramatic archway, and ceiling design that creates a feeling of spaciousness.

The Business class cabin will include both rear and forward facing seats, but will still be arranged in a 1x2x1 configuration. This will allow a 6 foot+ bed and provides all aisle access for business class customers. This is a similar configuration to Delta’s 777-200s, but Delta’s seats are all forward facing and provides more personal space than the more crowded 2x4x2 BA 777s! The seat is an upgraded seat from the orginal US Airways Envoy class seat and is very similar to the 777-300ER seat or Cathay Pacific and Eva Air’s newer business class seat. 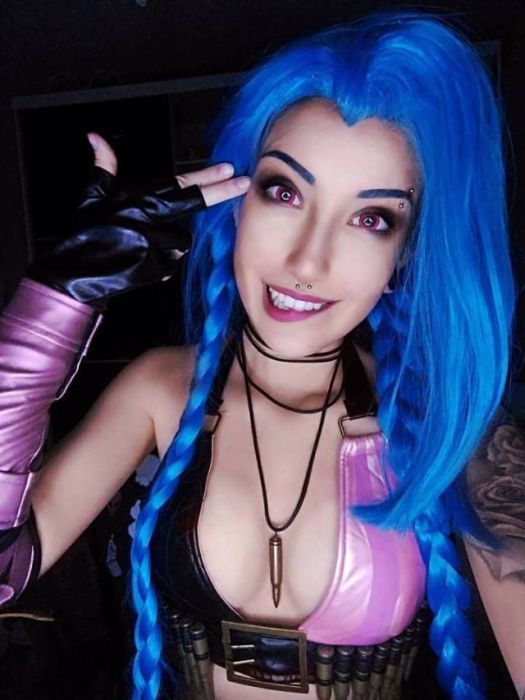 If you’re flying in Business Class on the retrofitted 777-200, you’ll enjoy:

The main cabin is also being refurbished, with new seats, power ports, larger TV screens and more. Passengers in the 45 seat main cabin extra will enjoy 3x3x3 seating, while those without Elite status or not willing to fork up the few extra dollars will succumb to 10 abreast seating and a narrower seat. The good news is the power port is in front of you on the seat back, meaning no more fumbling under the seat to find the power port!

Flying in the Main Cabin gives you a host of options like:

I am very excited to see these newly refurbished plane take to the sky and align with AA’s other product refresh that has been rolling out over the last year. I flew the 777-300ER in business (report still to come) and in Main Cabin Extra to London in March of 2014 and I can report both cabins were very comfortable. I believe the new hard product on the 777-200 will match that of what we’ve already seen on the 777-300ER! Not to mention the double power port in Business Class is a much welcome addition!

This plane is scheduled to go into service Fall of 2014, routes have yet to be announced, but my guess is high grossing routes to China and Brazil will probably see this updated plane before other long haul routes.