Listening to Beyoncé: Platinum Edition sometimes feels like a puzzle. Gone are the days when deciphering a song was as easy as singing the repeating chorus of 'Love On Top,' because Bey has gotten complicated. Beyoncé's new song '7/11' is hands down one of my favorite songs she has produced in a long time, the music video is even better. But what the fresh hell is '7/11' about? Even members of the Beyhive are scratching their heads over this one. Well, after a little research and listening to the song on repeat for about an hour — OK, three hours.. rough job — I have come with a solid theory to the meaning behind Beyoncé's newest hit '7/11'.

Looking at the lyrics of '7/11,' little hints are given throughout the song. The beginning of the song begins in a pretty obscure lyrical place: 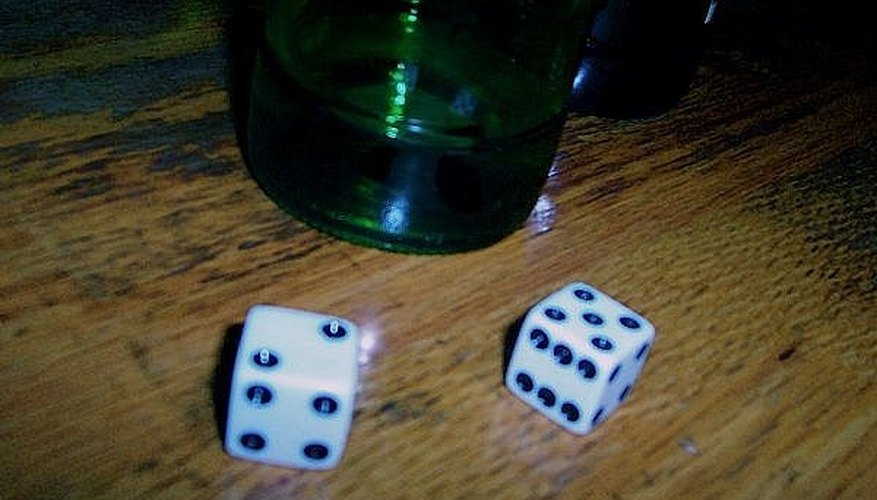 It isn't until later in the song that we get the following lyrics:

And that's when it clicked. After reading about almost every single reference to '7/11,' I can confidently say — as confident as one can be while deciphering Bey lyrics — that '7/11' is about the drinking game 7/11 Doubles. Here me out.

In the drinking game 7/11 Doubles, a drink (beer, mixed drink, whatever you like) is placed in the middle of a table, and the first player throws a pair of dice. If that person rolls a 7, 11, or double (like two 5s) then they get to choose a player to drink. If they don't roll one of the above combinations, they pass the dice to the left (to the left, to the left.. sorry, I had to).

Once a player rolls one of the lucky combos, they choose a drinker. The drinker must finish the drink in the middle of the table before another roller rolls a 7, 11, or double. Obviously you want to play this game responsibly.

The entire '7/11' song feels like one big party. The entire video for the song also feels like one big party. There are quite a few references to drinking in the song, and even more references to dancing and moving that body, which obviously would come with playing a game like 7/11 Doubles. So I'm gonna call this song as Bey and her Beyhive having a good old time partying.

Now, if I am way off, and I very well could be, Beyoncé doesn't scream 'drinking game,' there is another direction we could go in deciphering the song. The big one being a reference to the 7-11 stores. As Bustle writer Alyse Whitney mentioned, 7-11 is mentioned in 'Drunk In Love,' which could mean that the reference is to the 7-11 hours. Most 7-11s are open 24/7, which could work with the lyrics in 'Drunk In Love,' “No complaints from my body, so fluorescent under these lights/Boy, I’m drinking/Park it in my lot 7-11/I’m rubbing on it, rub-rubbing/If you scared, call that reverend.”

But honestly, if Beyoncé is singing about the convenience store, there is no reason she couldn't be referencing a college drinking game.

# of people needed: a minimum of about 4 or 5, no real maximum.
Supplies needed: a shot glass, 2 dice, and a lot of beer.
Ok, here's how it works. Have whoever is playing sit around a table. Place the shot glass on the table. The first person who starts takes both dice and rolls them on the table. The object of the game is to get a '7' and '11' or doubles of any kind. If you get a '7' an '11' or doubles, you tell someone to drink.
The person you tell to drink fills the shot glass to the top with their beer. Now, here's the important part. The person that made someone drink sits there and watches the person who is supposed to drink carefully. As soon as the drinker picks up the shot of beer to drink it, the 'drinkee' rolls the dice on the table as fast as he/she can, and if the roll turns out to be a '7' an '11' or a double, the process repeats. The drinker fills the shot glass again and the drinkee waits for the person to pick up the shot and then starts rolling. This can go on for a while, depending upon the luck of the roller. The highest I've seen in a row is around 10 times.
Here's some more rules:
As soon as the drinker finishes the shot of beer, he/she has to put it down on the table as fast as he/she can, and when it hits the table, the dice cannot be rolled anymore. If the roller has not gotten a '7', and '11' or a double by the time the drinker finishes the beer, the dice get passed to the next person. If the dice have left the rollers hand, and the shot glass was slammed down after the dice left the rollers hand, the roll *will* count if a '7' and '11' or doubles come up.
If the roller is trying to roll too fast or is too drunk, and the dice fall off the table, it's said to be 'sloppy dice, drink twice'. The roller must just drink twice out of his/her beer.
There is another kind of 'rule' that some people play with, while others don't, depending upon how people feel. If a person has drunk a large # of consecutive shots, someone can 'save' him/her by stealing the shot. All that means is that the 'stealer' (the person not designated to drink) picks up the shot and drinks it. If the roller sees this, he/she rolls the dice and as always, tries to get '7' '11' or doubles. If those rolls come up, the person that stole the shot has to drink again, just as the designated drinker would have.
Another twist to this game is the 'fake out'. As soon as the drinker touches the shot glass the roller can roll. The drinker can 'fake out' the roller by pretending to pick up the shot, but not touching it. Cash mania casino slots. If the roller *thinks* the drinker touched the shot, but really didn't, the roller drinks.
These following rules have been slightly different it seems wherever I play, but in general, you can't ever move the shot or dice closer to you before your turn. If there are ten people playing around a big table, and the shot is on the other side of the table, tough luck.
Remaining rules. Rolling a '9' is a social. Rolling a '4' and a '1' in a turn results in everyone putting their finger to their nose. The last one to realize what's going on, and doesn't get their finger to their nose, drinks.
That's about it. This is a mid-high level buzz factor game. In a half hour period, it's not uncommon to go through 2 or 3 beers per person.